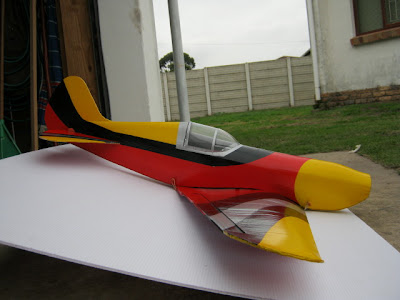 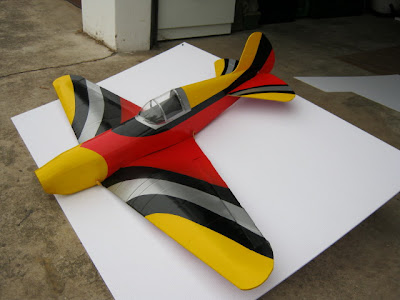 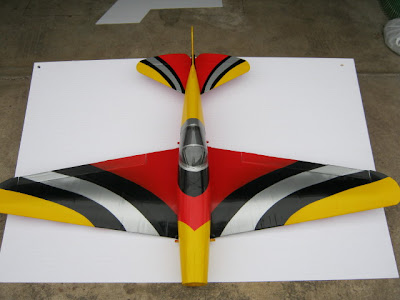 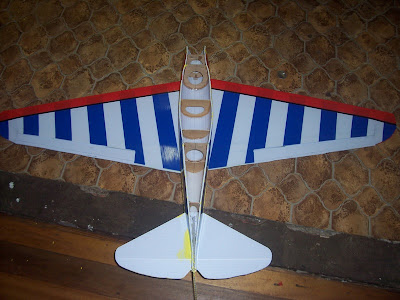 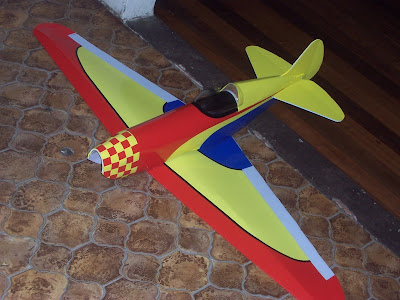 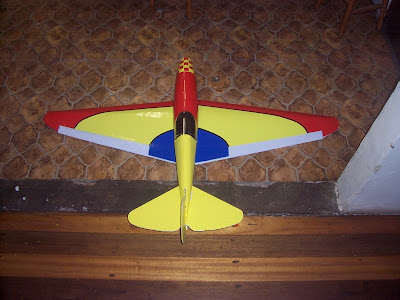 Mig-7 teams up with an Alula. 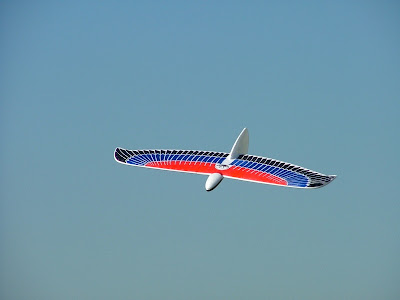 Polly the Parrot....Darens Alula all dressed up. 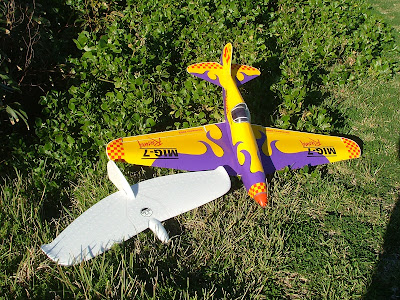 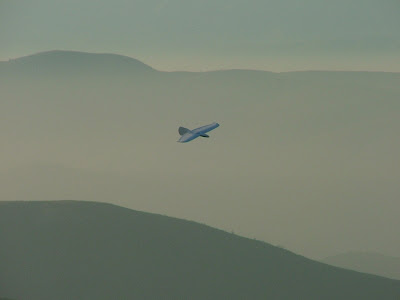 With an African sunset in the background. 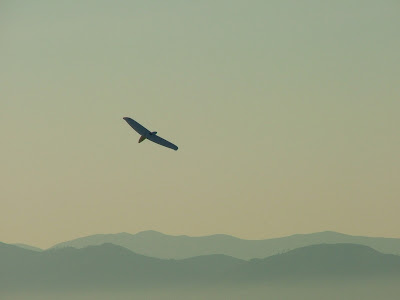 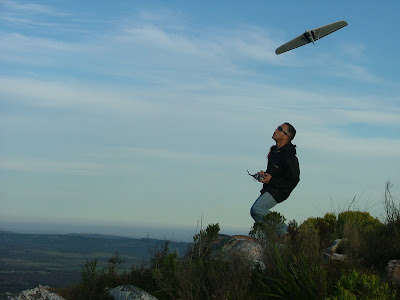 Below, Alula and seagull, the best of mates! 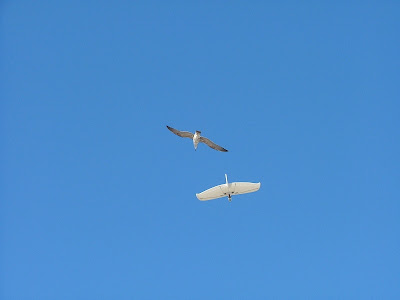 Below. Flying the Alula off a 5m high sand dune. Port Elizabeth in the background. 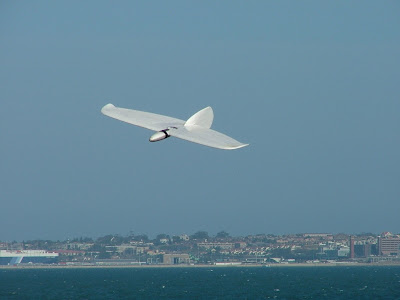 Recently I aquired an Alula. Wow!! DreamFlight have an awsome plane, and the Weasel, well, nothing short there either. Good planes to fly when the wind is not strong enough for the Migs.
Posted by Team Mig at Sunday, July 18, 2010 No comments:

Smiley, Mike, Shaun and I found ourselves on top of Slipper again. This time we where flying of the eastern slope. I prefer flying here as we can park our cars right next to the flying site and no hiking is required like we have to on the western site.

The wind was light to moderate from the north east. There was just enough lift to keep a Mig up but definitely no acrobatics could be flown.

Smile flew his Alua and Mike had fun with his Zagie.

Shaun had no problem with the light conditions. He had some kind of delta tearing up the sky. (I think it was called”little Devil”) He even had a tussle with two rather large Hawks’

I had my Depron Swinger going quite nicely.

A little later in the afternoon Shaun brought out the “big gun”. He had acquired an Algebra thermal glider a year and a bit ago but never had a chance to fly it. So this was going to be a Maiden.

The Algebra is effectively a thermal glider with +/- 4m polyhedral wing. Strictly a elevator and rudder ship.

Well, Shaun being Shaun removed the polyhedral and added Ailerons. None of us knew how she was going to handle.

Mike was given the honors to toss the Algebra into the blue yonder.

Well it was almost an anticlimax; the Algebra took to the sky like she belongs there.

There was only a little trim needed to keep her on the straight and level.

The one thing we did find was, to turn this big bird, a lot of ailerons and rudder was necessary. Shaun was also a bit worried when it came to land this 4m ship. Slipper is not the easiest place to land a big glider with out any flaps or air brakes. But Shaun managed just fine. He slipped her in from the right avoiding any nasty rocks or bushes and set her down nice and sweet.

Very well done Shaun! She is a truly majestic bird. 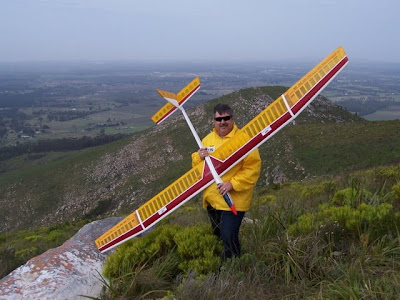 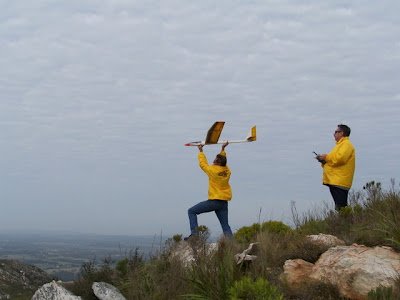 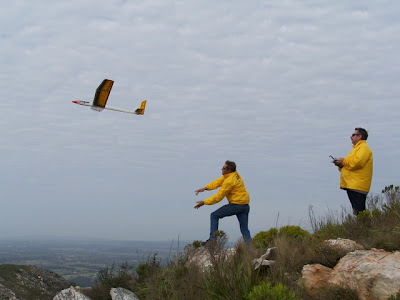 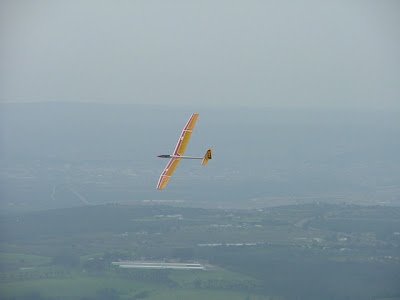 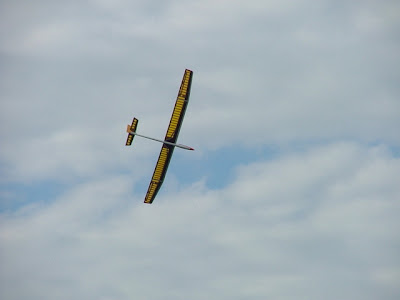