Markus with Mig at Slipper June 2010

Wind forecast for to day: Strong west to south west.

I dusted my Mig of in a hury and headed to Slipper. It was very cold and the wind direction was more west then south west. Never the less I tossed the Mig in the blue sky. It was quite flyable. I even had a short dogfight with an inquisitive hawk.

A cold but all in all great flying afternoon.
Markus 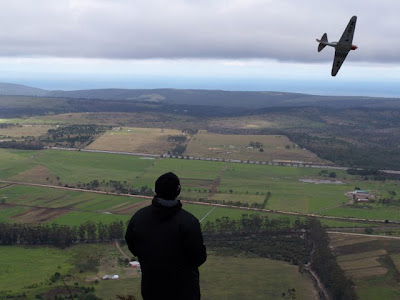 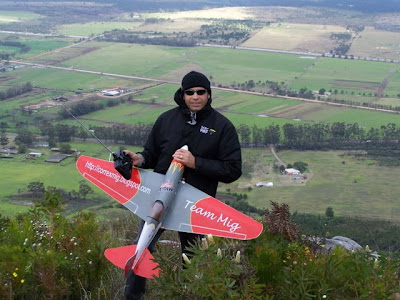 Hi to and from Brian. 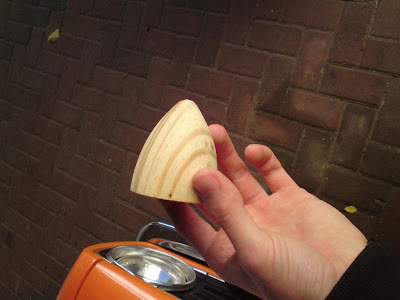 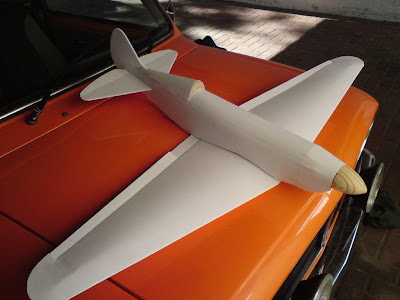 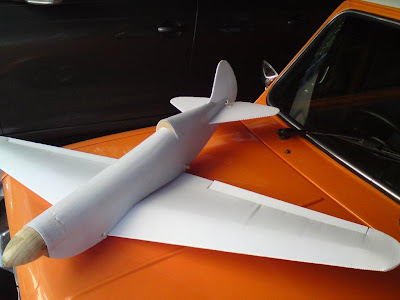 Below is an e-mail I received from Brian on Thursday 10th June . He came accross the link to our blog from Dave West's page.

""wow, thanks for the speedy reply! attachments are always cool, so ive attached a few pics of my models. you will also see a picture of a bundle of veneer, about 25mm wide, that i attached with contact glue on the top and underside of the wing spars to create an "I" beam that made a smoother curve when folding. it seemed to work really well, and didnt add too much extra weight. i wouldnt think that its something that you need with your models, as they look pretty perfect already, but if youre interested in what i did as a possible improvement, ill be more than happy to share more details. also, i wanted to make my own "spinner", and since i have a workshop at home full of wonderful tools and machines, i decidet to make a wooden one on the lathe. to correct the CG, i simply drilled a large hole into the back of it and added a few snug-fitting washers.


you mentioned doing a build group on RC Groups, what would that be exactly? is it like a forum? sure, im interested and i would certainly follow. i just thought that as a project, you might like to do a formal instruction manual with LOTS of pictures and in-depth information (that only an expert like you would know) on how to build a really successful Mig-7 slope soarer.


ive always been interested in flight, and started my hobby with a small electric glider. limited by not having ailerons, i was keen to move on to something a bit more dynamic. (still, at about 12 or 13 yrs old, i was pushing this little glider to do big loops and radical fly-bys!). since then ive been through a number of different toys, including a helicopter and a 3D Extra. but the one that i have always turned back to was the Bee. this delta slope soarer has seen it all. in fact, it has traveled through a big part of Africa on its quest for the ultimate slope. we leave today on a trip to Namibia, where i hope to find some nice sand dunes to soar again. im 19 now, and the joy that ive been given and still get through this plane is mostly due to the fact that it is a slope soarer. no hassles with fuel and the mess it makes that everyone denies (myself included), no battery and motor problems... the list goes on.


at first i was very keen to build a correx Mustang, and it seemed like the obvious choice. but after spending hours wading through the net, i found the Mig-7 plans. the plans sat in a file inside another folder for ages, until i realised that it was time for me to try them out. this was still before i had seen your blog. then, after looking through the blog, i became more and more keen to build my own (or two, as it turned out) and put in a lot of effort. unfortunately, i started noticing that there are lots of small changes to the original plans, and that it was not quite as straight forward as i had hoped. after spending more time on the blog, i picked up the majority of the changes, and was able to adapt my plans accordingly. as you will notice, only one of my Migs has a tapered nose! im sure you will agree with me when i say that you learn something new everytime, and even just by working with the correx you get a better feel of how best to manipulate it into a Mig-7!


anyway, im keen to build another one, even better this time, with all the little changes, but im not home for the next ten days so i guess my build time is up for the time being.
enjoy the pics! talk soon. 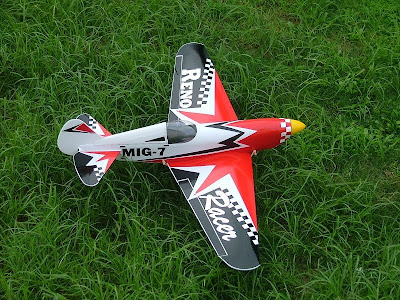 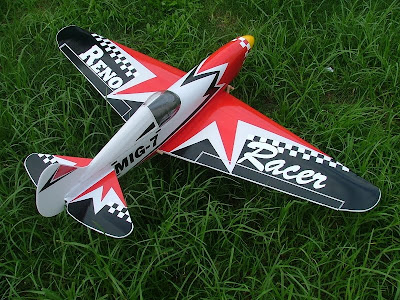 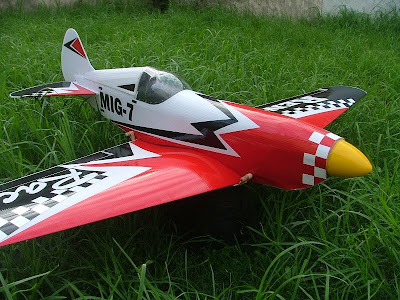 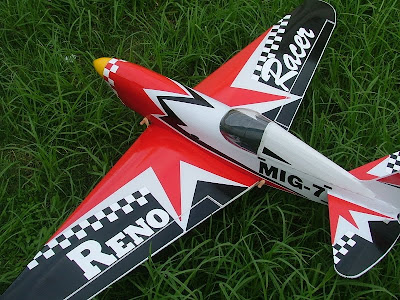 We say welcome to John who has recently joined our Squadron of Mig-7's. Cool pics. Now we would like some in-flight shots. John flies in Grahamstown.
Posted by Team Mig at Wednesday, June 16, 2010 2 comments:

PLEASE NOTE THAT DAVE IS CHANGING THE LINK TO HIS HOME PAGE WHERE THE FREE PLANS ARE AVAILABLE!! THE NEW ADDRESS IS .......:


PLEASE GO AND VIEW HIS PAGE AND DOWNLOAD THE PLANS.

Here is a quick update on my maiden with my Funtana 100X. The take off was nice and smooth, I only needed to dial in some down trim on the elevator. The GC also was spot on. Unfortunately we struggled to get the correct carb setting which resulted in a couple of dead stick landings. After a couple more flights we came to the conclusion that the problems with the settings on the Evolution 100 are the result of overheating. It looks like I have to make some mods to the cowl to improve the airflow over the engine. Ones that will be done I am sure she is going to be a great beformer. 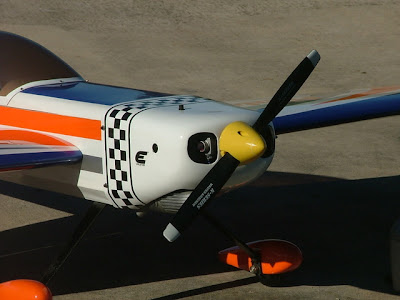 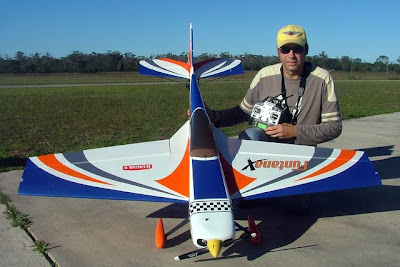 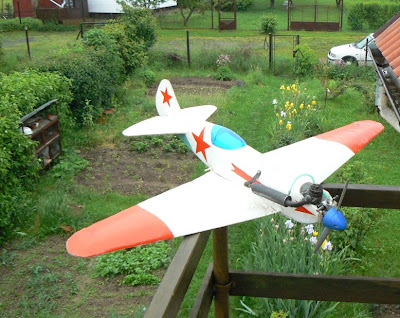 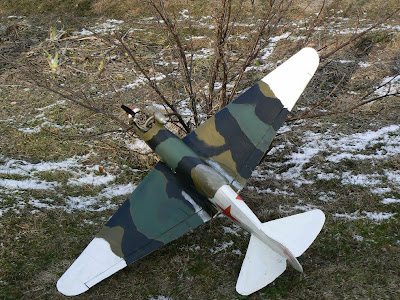 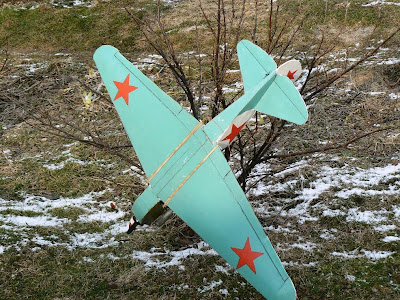 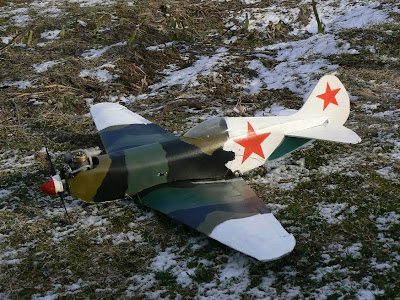 Jan, from Prague, sent us these pics of his powered Mig. Very well built Jan, awsome color scheme!! Please send some more of the plane in the air. I know you have not maidened her yet, but when you do! Jan, will you please send us the specs...Span, engine..etc.. Sean.
Posted by Team Mig at Saturday, June 05, 2010 No comments:

Hermanus is approaching very fast. I think I need to rally up the Mig team to start a new project for Hermanus 2010. 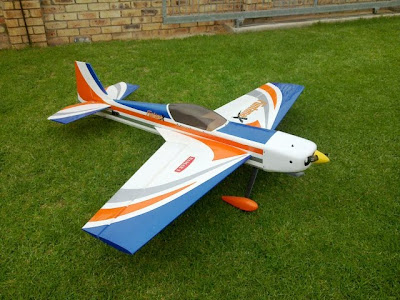 Heelloo…Anybody here?
Well we have been a bit on the quiet side regarding Mig’s and sloping.
The weather has been very nice but unfortunately no good for sloping. I have been concentrating on the airplanes with that funny spinning thing in the front.
Photos above: Funtana 100FX

This aircraft has been in a crash and Mike and I completely rebuild the front end.
For the power plant I am using an Evolution 100. Maiden this Sunday Weather permitting
Posted by Team Mig at Thursday, June 03, 2010 No comments: